Mozilla Firefox is one of the four leading web-browsers, the other three being MS Internet Explorer, Google Chrome and Opera. The battle between them has been raging for years and seems to have no end. Firefox's weapons have always been its security and the huge number of various add-ons written by the users community. Since Firefox is open-source software, everybody who feels they have a streak of web design in them can try and create their own add-on or app customizing their browsing experience.

The release of Firefox 5 seems to be Mozilla's another attempt to score off its rivals by introducing some new features into the browser.

At a glimpse, there are not that many changes in Version 5.0.1 as compared to previous Firefox releases. However, if you take a look at the changelog on the developer's website, you may see that there are quite a lot of them, but they are mostly internal and affect the browser's machinery rather than interface. So, the log shows Mozilla patched some serious vulnerabilities, five of which were rated as critical by Mozilla, and fixed about a thousand bugs.

The major tangible new feature is the “Do not track” option made more accessible. Now it can be found under the “Privacy” option. Just tick the checkbox and you won't be tracked by websites any longer. This feature makes Firefox 5 the browser of choice for security-conscious users or the people who are tired of the annoying lack of privacy on the Internet. The “Do Not Track” option is also available on Android (Google's operating system for mobiles and tablets), which makes Firefox the first browser to support this feature on multiple platforms.

Other important changes in Firefox 5 include: support for CSS animation, improved support of HTML5 standards, XHR, MathML, SMIL, and the better support for JavaScript and canvas. In effect, it all means that your Web is going to be faster and more dynamic than in the previous versions. If you have ever used Firefox 4, you must know how frustrating its habit to slow down and fall over may be; version 5 is way more stable. But your nerves are not the only thing spared by Firefox 5: its memory use has also decreased, although it is still relatively high as compared to other popular browsers.

In short, Firefox 5 is a nice web-browser, focusing on the secure browsing experience. Even if you are a dedicated Chrome or IE user, Firefox 5 is worth giving it a chance. 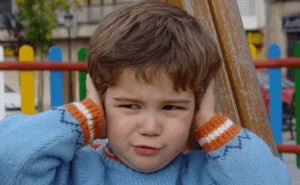 How to individually mute noisy tabs in your browser 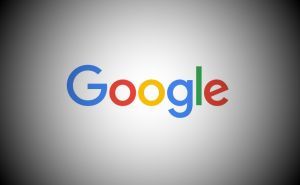 Google might have found a way to bypass ad-blocking apps

It is an efficient, user friendly web browser, without any bloat inside.
FREE

Program designed to block Facebook on any browser.
FREE

FREE utility for creating, managing and editing your PDF bookmarks in batches.

SAFE Block works with all forensic analysis applications that run on Windows.

Thank you for rating the program!
Please add a comment explaining the reasoning behind your vote.
714 comments
Comment viaFacebook
G

Easy to use and fast search result

Easy to use and fast serch result

Easy to use and fast search result